Harbour Air has been flying float planes for four decades! From the big moments to the small, and everything in between, they’ve had quite the journey to get to where they are today. What started in 1982 with two pilots, two seaplanes, and a dream to revolutionize the aviation industry has grown into one of the world’s largest all-seaplane airlines in the world, flying over 500,000 passengers a year. Over the past 40 years Harbour Air has grown from a 2 to 40+ aircraft fleet, expanded to 14 scheduled locations (including the start of international service!), increased from 2 pilots to over 400 team members, and made history becoming the world’s first fully carbon neutral airline and launching the world’s first electric aircraft.

Each year Harbour Air has provided donations/support to more than 250 community events and non-profit organizations, and through their Share the Fare and Tour de Cure initiatives, they have raised over $1,725,000 to date for the BC Cancer Foundation. Read more: https://harbourair.com/proudly-serving-bcs-coast-for-40-years/

A Look Back on the Past Four Decades 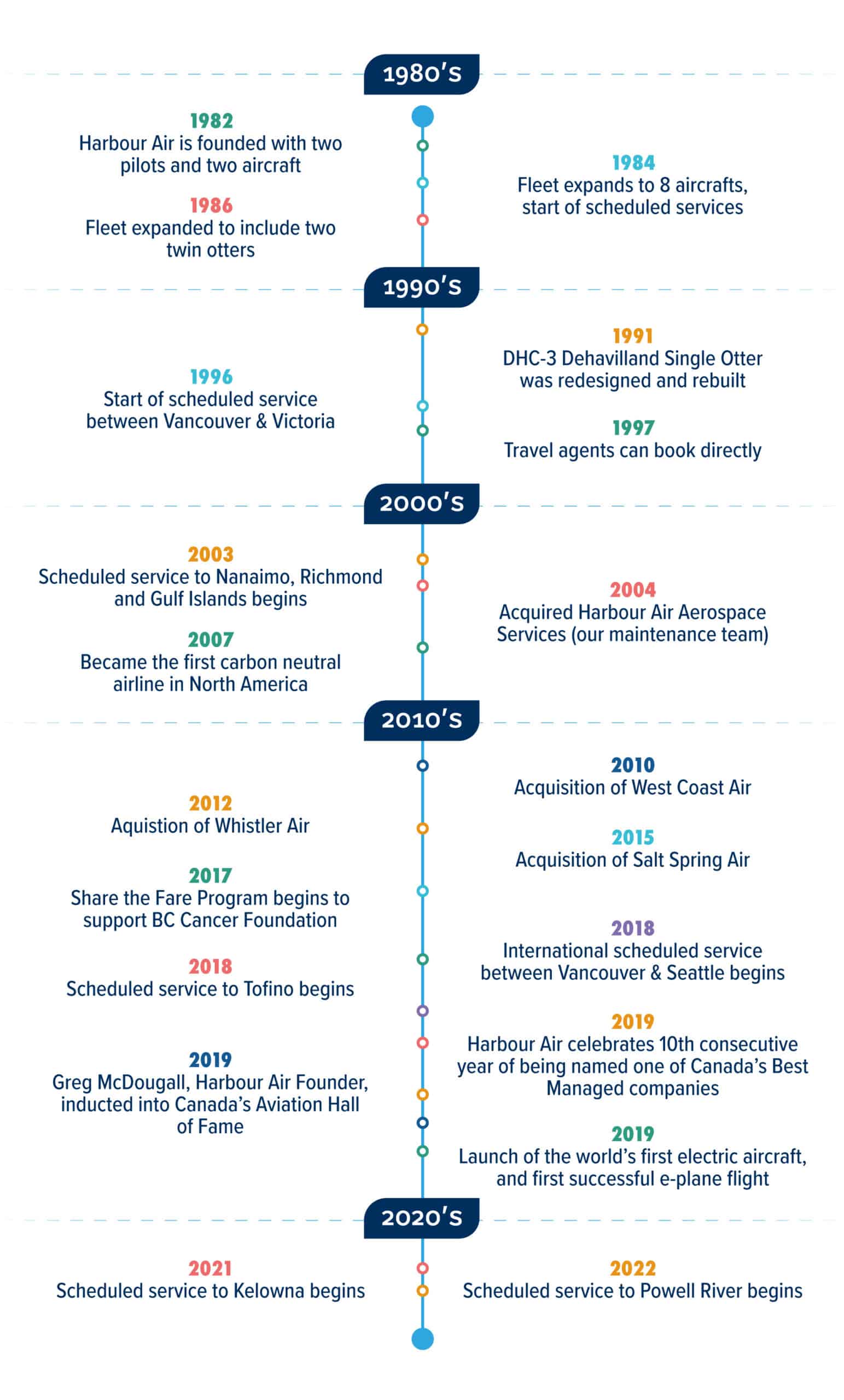